These are just the appetizer slides for the hour long blogger demo of the new features. They appeared briefly and each presenter chose to work directly in Revit instead of flipping slides. As you can imagine, one hour could not have possibly covered every item in great detail.

They only had time to discuss these items in more detail: 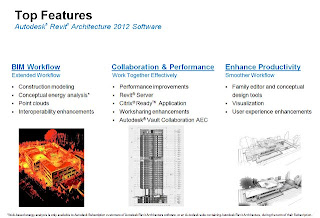 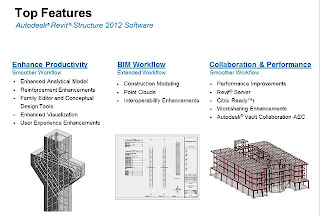 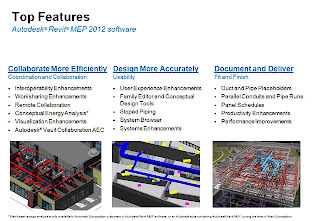 Each version shares platform improvements naturally so there is overlap. Also mentioned in the webcast was substantial improvements to the API which opens the door to further improvements to existing and as yet to be created 3rd party applications. There are also numerous candidates for my Dept. of Subtle posts to deal with later.
Posted by Steve at 5:51 PM