I was feeling a little jealous of David and Zach and others having fun sharing the massing panel families techniques they been using that are available in 2010. Zach and David and another David have been prolific sharing videos of their stuff.

Most of the fun things I get involved with aren't really mine to share. These are not quite as exciting forms as the examples on the other sites but I thought I'd post a few images that I can share. A little over a year ago I used line based families to create the last image. This time around it took less than an hour in between other stuff. Different structures but similar thought process.

These images are of a panel family that includes the "frame" and glass panel applied to an elliptical cone shape that slopes at the top as well. 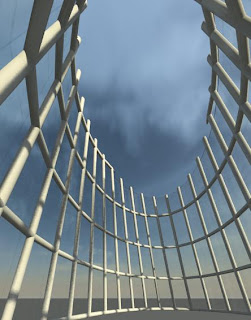 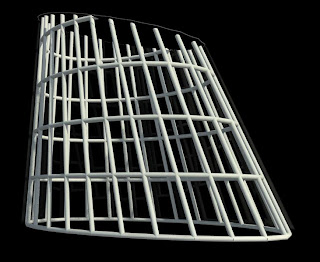 This last image is of the structure I mentioned earlier, the one that I used line based families for. 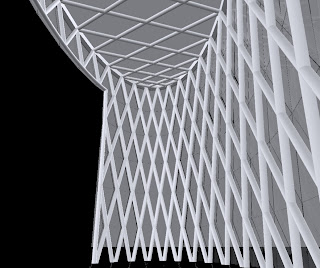