When we use a void to cut a solid sweep it will affect the orientation of a material applied to it. Here's a sweep that is not cut and has a wood grain material assigned to it. I've got a void poised to cut it. 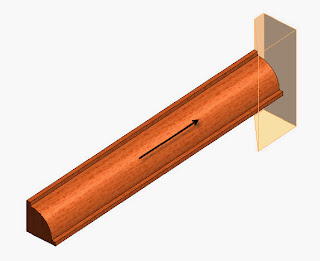 Here's the orientation of the material after using Cut Geometry. 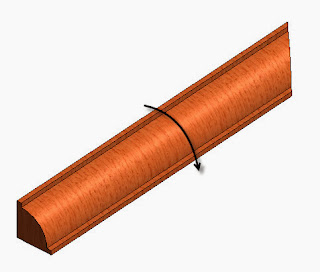 This happens to a sweep but not an extrusion. The material sort of flashes when Cut Geometry is used but it doesn't change the orientation of the material.

If we create a Revolve solid and apply a material it will look like this when we use the End Angle setting of 180 degrees (or 360). 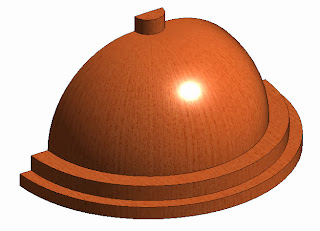 When we change the angle to 45 degrees the material orientation changes. 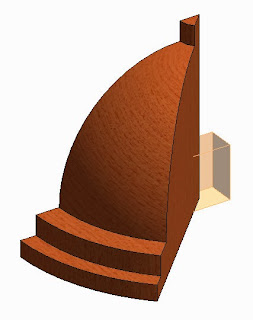 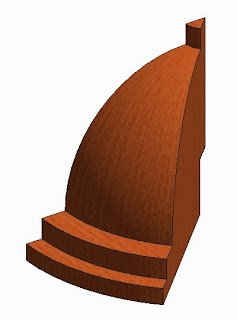 Looks like we could use a texture mapping command. I wonder on those materials that have surface hatches if we can manually reorient after cutting?