The Location Line Options for wall placement is important in two ways. Initially when you place a wall and later when you decide that wall needs to be replaced with a different wall. Here is an example of generic (single layer) walls used to define "the third pigs" house (from the story of "The Three Pigs"). 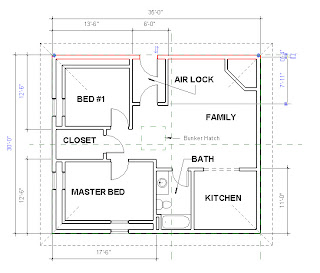 I've selected one wall to show where the Location Line is or appears to be at least. It is on the "outside" edge of the wall. Closer examination, if you had the file, would show that it is really assigned to the Core Face: Exterior. What is the difference? In this next image the walls are swapped for a more complex type that has multiple layers. 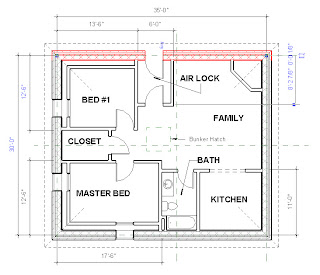 Note that the dimensions I placed are intact, did not change. That's because I was careful to choose the Location Line first. Consider this image where I was not so careful and let Revit use Wall Centerline instead. 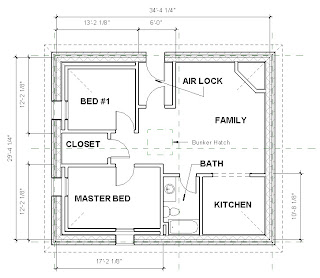 These walls did not change as nicely and I now have some rework to do, or Undo. If I was careless or ambivalent about the Location Line initially I still have a second chance, just change it before you swap the walls. 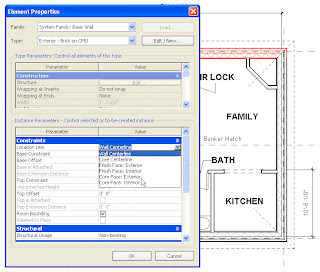 When you change the Location Line setting it doesn't actually do anything agressive to your wall, it doesn't move anywhere. Revit just adjusts its understanding of the wall's setting and when you swap it out it will abide by the new rule.
Posted by Steve at 8:00 AM