I'll be presenting a session next Friday called "A Door's Life" at the second annual Central States Revit Workshop.


As for my session, it's not literally about the life of a door. Since this is about Revit it's biased toward dealing with doors as a concept, some doors that look like these. 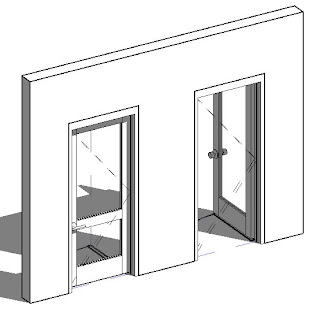 The handout that attendees will receive is structured as a lab with step by step activities. The session is 70 minutes in a lecture format so rather than going step by step in the lecture I'll be touching on each of the ideas involved with each exercise. I prefer to let people see how I approached the subject by working in Revit, instead of "PowerPointing" my way through. My goal is to leave enough "space between notes" to permit "inquisitive interference".

If you are nearby then you've got to make sure you get to the workshop. Even if you aren't it's still a great deal for two days of Revity goodness.

Any chance the handout will be available after the conference?

Possibly, I'll check with the CSRW folks while I'm there to see if they've got a "lock" on them for any specific time period after the workshop ends.