With the new Displace Elements feature in Revit 2014 we can use either straight or jogged "Paths" to show where displaced elements came from. 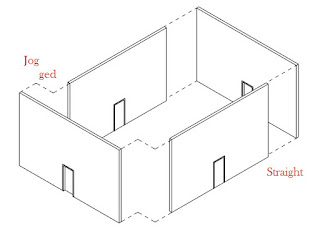 My wish: I'd love to be able to choose which style of Path I want BEFORE picking elements to generate a path. AsferasIno we can only assign the style after we place them. The Path's style is a parameter that we see once we select a path in the view. 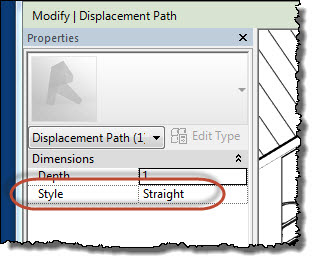 A little tip... it is really easy to put many paths on top of each other. Every time you click on an element in the same spot Revit happily drops another path. I was trying to delete a path and thinking that I must be missing something because no matter what I did I couldn't delete the bugger. Turns out I happened to pick a spot I apparently dropped six paths down. The first five tries at deleting the "one" path resulted in nothing happening. Take care out there...

Aaron Maller and I visited with the members of (RUGCC) the Revit User Group Christchurch on Tuesday night (14th). When I discussed this new feature with them Aaron pointed out that nested shared families can also be displaced which can lead to interesting window, door, or casework assembly documentation, assuming they are built using those techniques.