In the North American market the 2012 products can be downloaded via the Subscription site, which presumes "you" have access to the subscription site. I've read posts in the forums at AUGI and RevitForum that say that the Australasian market is able to download the software too. Only the English versions are available right now. The other language versions will be released over the next few months. 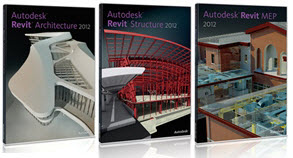 Not everything at Autodesk is ready for 2012 products, for example when I click on Free Trial where the nice new package for RAC2012 is pictured I get an opportunity to download 2011 (at least that's what it looks like. There is a nice note saying that 2012 will be available soon.

Here's a VIDEO about the new Construction Modeling tools:

Yeah it looks like the new suites aren't available either. I am curious why they released Revit when they obviously weren't ready.

Since the suites are new and will come on a new data key (usb style) including a comprehensive installer it isn't too surprising that they are yet available.

They'll have to ship those to us to take advantage of the single installer front end to manage deployments etc.