Toposurface from a Text File

I responded to a thread at the Autodesk Community Revit Forums back in May. They described having a survey file and a points file that could be used to create a toposurface. My initial reply focused on resolving this warning, "Imported Toposurface Points are located a large distance from the model and might not display properly. Points will be centered on the model instead".

I offered this advice.
This resolves the real world coordinates based on the survey data. I felt they'd be able to create the toposurface successfully. Instead, they responded that the toposurface was not created in the correct location. I took another look and experimented with the points file they posted (in the thread) and offered these steps.
I then commented, "If you followed my directions earlier about acquiring coordinates you should see the coordinate values of the survey file when you select the Survey Point.". Then I recommended the following steps.
I found that adding the extra point at 0,0,0 silences the warning about the distance from origin and it gives us a known location within the point data to select and move the entire surface accurately. 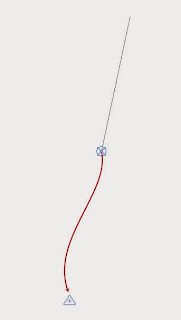 Then another member asked about doing something similar but wanted to report a project elevation of 100'-0" instead of 0'-0". I replied with the following.

In order to show the Project Elevation as 100'-0" you'll need to model your building at that project elevation instead of 0'-0". Then when you establish shared coordinates you can show the true elevation. If I was tackling this I'd create a building model at 100' and a separate "site" model.

When you open the building model you can edit the Level parameter Elevation Base to use Survey Point (versus Project Base Point) and it will show the True site elevation values instead.

Just a couple days in the life of a thread at an online user forum (spanning nine months).