Every now and then I read or hear someone say that it is faster (in early design) to just sketch lines to create a quick floor plan for concept design (often as a justification for doing the work outside of Revit as well). I also hear that if we are going to do that (in Revit), we should just use Room Separation lines because we can put rooms in to identify them. I think both notions are "off", use walls.

I say either sketch using really thin walls or use the Coarse Scale Fill Pattern as intended. That's my choice because they aren't any more work than sketching lines (ignoring their height), they provide boundaries for rooms and they can host doors and windows. It's also simple to change them to a better type later. If you use room separation lines first and then need walls you have to recreate stuff that's already there, they just aren't the right "stuff".

Years ago I worked with a guy that I found sketching lines in plan first. I asked why and he said he needed the lines to know where to put the walls. Somewhere deep inside we have this notion "we must draw lines". Everything he was doing was just as easy to do with walls instead...he "needed" lines first. Sometimes we must forget what we know. ~ Try walls, you'll like'em.

Still thinking that those "lines" are better than walls? Can those lines do this? (Please don't be distracted by my clever building design) 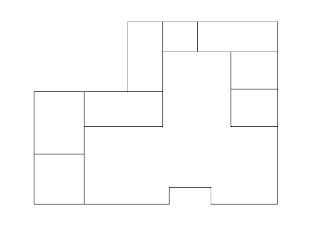 Okay, sure they can do that but what adding rooms and doors? 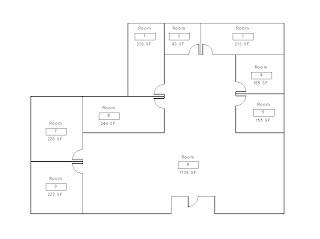 And then a few clicks more...this? 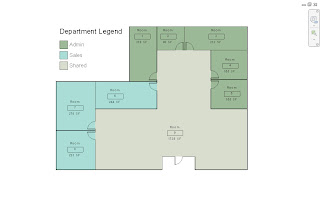 or easily changing to look like this instead (by changing wall types to use "Coarse Scale Fill Pattern")? 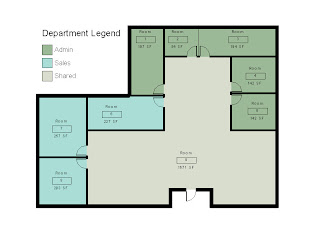 Can those lines generate cool shadows? (well, I think they are cool) 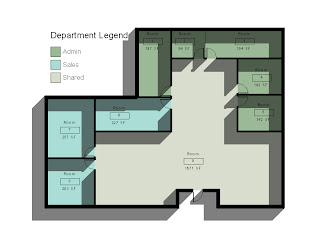 or switch to a more construction oriented appearance by changing "Detail Level" (okay, should have turned off the shadows)? 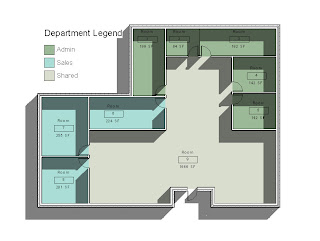 Do I really need to bring up schedules or 3D views or sections/elevations or enlarged views or ceiling plans and so on? I guess I just did. Walls set the stage for everything else downstream ~ I say use'em!
Posted by Steve at 10:42 PM

I love how easy revit makes it to create presentation plans.