I wrote about the Kalloc Studios product called Fuzor after seeing it at Autodesk University. I sat down with them at RTC in Melbourne and was really impressed with how much they've done since then (as in, "Oh! Did we tell you we've incorporated Clash Detection too?"). We chatted about a variety of things, one of which was security cameras.

I've worked with a few clients for whom security camera documentation is a big deal. I received an email this afternoon letting me know that they've got a cool addition they are eager to show me (and everyone) at RTC in Schaumburg next week, security camera features. Keep in mind that we sat down together less than two weeks ago and none of the below existed.

You can switch between these types at will to achieve the look you want. They also have the option to choose black and white or color. Here's a sample screen shot. They've also taken notice of some important camera characteristics. 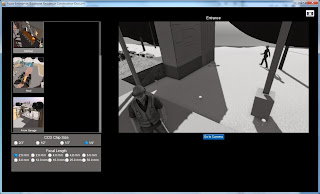 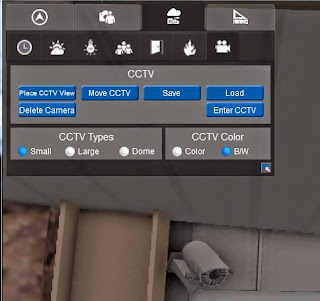 That's a lot of ground to cover in two weeks!! If you think your firm could benefit from this sort of viewing and visualization enhancement then Fuzor's just presented another strong practical reason to check them out, ...and this is just a first pass, they'll be looking for feedback to make this a killer feature.

Wow. I was standing there listening to you say that to them in Melbourne, Steve. Amazing that Henry was able to incorporate it into Fuzor in a just these last few weeks! Now that's customer feedback!!!
Good Job!

That is really cool.

Have you seen the Revitfamilies from Axis by the way?

Perfect for planning securitycameras inside of Revit.

That's great, is there anyway to import these cameras into the Revit?

David - I've asked Fuzor to reply to your question. They'll either do so themselves or let me know what the answer is.

This is Phil Yoakem from the Kalloc Fuzor team. In regard to your question, the answer is yes, Fuzor does take camera views from Fuzor to Revit via the “snapshot” button found in the Revit Fuzor Plugin panel. However, Fuzor does not take Revit camera views into Fuzor at this moment. We will definitely consider this feature if our customers request it. I hope that answers your question.