Reading through the AUGIWorld issue for April I saw two new feature items that haven't been published or acknowledged formally by Autodesk yet. First is a change to the formula options and syntax for Logarithm. Here's what it looked like in Revit 2014 and how Revit interpreted/applied the formula to a value.

Here's what it looks like in 2015. Note the new syntax to express a natural logarithm with ln(x), shown for Value3. 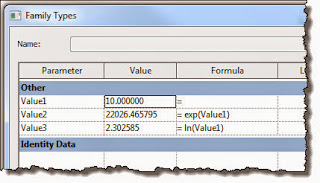 The second is really subtle, more a change that was necessary because of the changes to pinned elements. When you create Attached Detail Groups they used to display a Pin to indicate their relationship to a Model Group. They've changed them to display a Paperclip instead. This is what it looks like now. 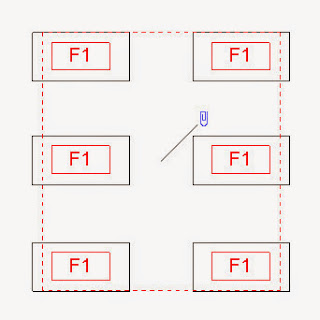 There are two articles (in AUGIWorld) that discuss the new Revit features. They also mention items that were not included in the final release, a separate Family Browser and MEP to FAB Fabrication Parts workflow. It's my understanding that it was decided that both are not quite ready so they've been pulled for now.