The early releases of Revit MEP didn't have a method to manage load classifications, they were hard wired (pun intended). It does now. 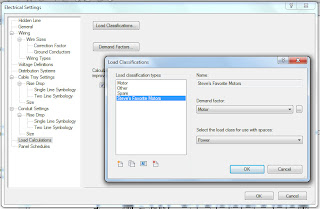 One downside of various sources of content is the way the family editor (person) assigns the load classification. It can be hard coded into the family (not nice), it can be assigned to a parameter instead (nice) and it can also be assigned a value in advance too (nice or not nice depending on who you are).

Load classifications are part of the project standards workset. 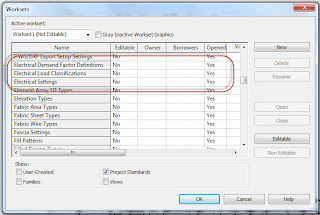 If you choose to be the "owner" of the electrical related project standards and not relinquish them there is still a back door that lets a new family introduce a load classification you may not approve of. Revit only seems to acknowledge ownership if you attempt to alter the existing settings, and that's only true if someone else has decided to make themselves the owner of the workset (Electrical Load Classifications). Loading a new family that has a classification like "Steve's Favorite Motors" will bring it along and add it to the load classifications.

This means trying to keep a handle on your load classifications can be a little troublesome has the project progresses. The electrical design team might behave but all it takes is a rogue HVAC user to load a new single duct VAV, that has its own notion of load classification, into the model (assuming multiple trades in one file).

Further, I think its odd that when I create a new Load Classification (like Steve's Favorite Motors) none of the electrical setting worksets show me as the borrower, especially the one called Electrical Load Classifications! If I change the load classifications I still am not considered a borrower, odd. What is odder still is that the worksets for Cable Tray Settings, Cable Tray Sizes, Conduit Settings, Wire Settings and Wire Sizes DO show me as borrower.

I understand that it might be better to let a family load completely and "sneak" in a new load classification than confront the user with a message about not being able to make a workset editable and refusing to load the family.

Best bet is to require content to be vetted for load classifications before they are added to the project model(s). Provide a list of classifications that the project electrical engineer wants to document. Also provide a set of "in this case, use this classification" examples to make it easier to tow the line.

By "now you can" do I correctly assume that you mean revit 2013?

Is it possible to import a Load Classification list into a family? If so, how is that done?